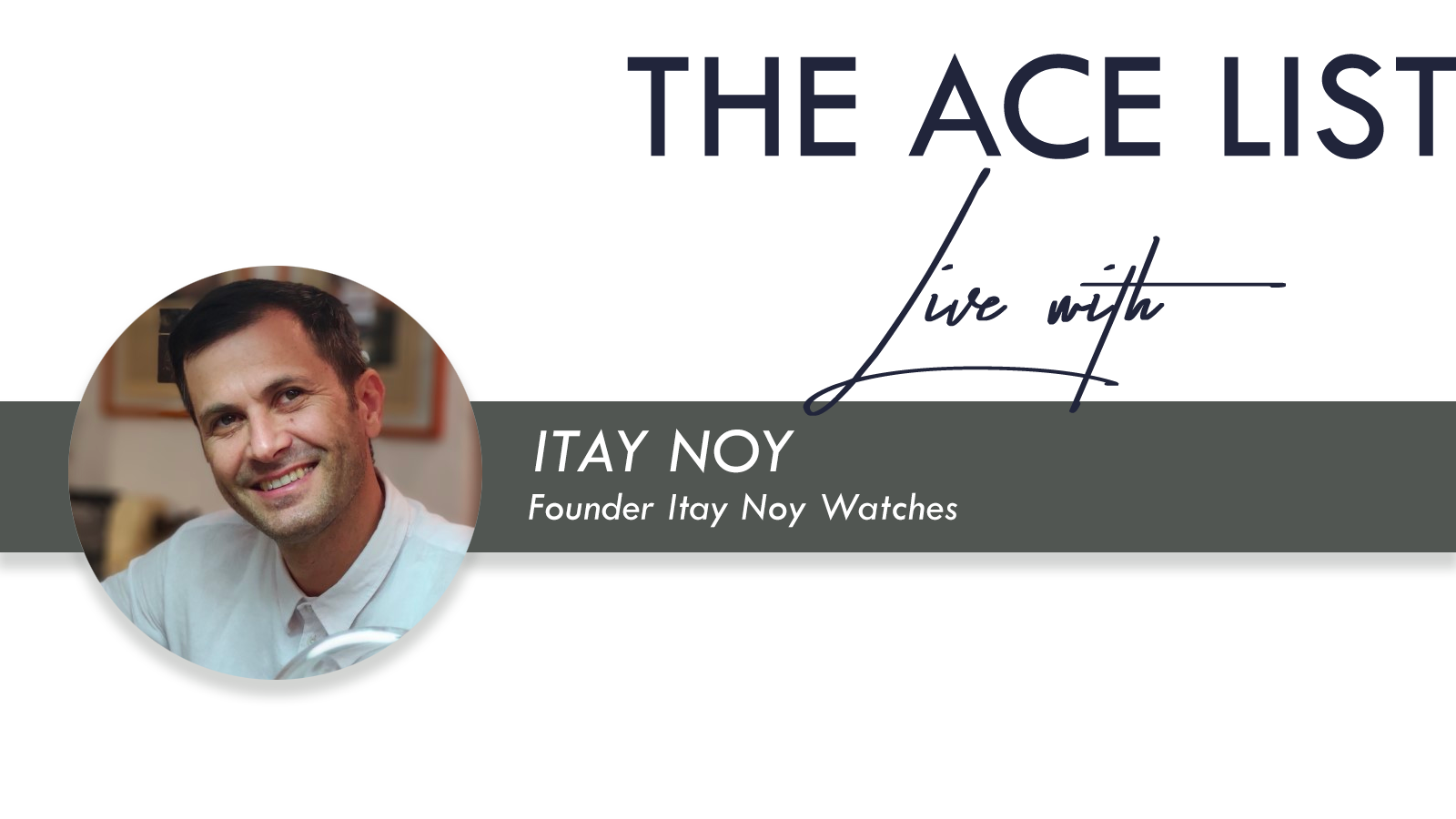 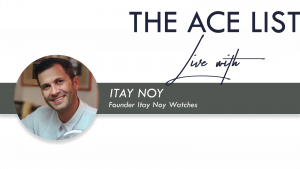 The only independent high-end watchmaker in Israel is a true artist. Itay Noy is an Israeli watchmaker, designer and artist who creates limited-edition timepieces in his independent studio in the Old Jaffa.

Since the year 2000 Itay Noy’s timepieces combine true craftsmanship with out-of-the-box designs, meant to induce philosophical perspectives on the concept of time.

Itay make about 120 pieces a year, all his own original designs, using components & movements of the highest quality integrated with in-house dynamic dials, modules and complications.

Ace Jewelers’ CEO Alon Ben Joseph and mastermind Itay Noy are long-time personal friends. They have many mutual interests, besides watchmaking. There are also many ties running back-and-forth between their home countries.

Mr. Noy graduated with a BFA from the Jewelry department in the Bezalel Academy of Art and Design in Jerusalem, followed by a M.Des. from the Design Academy in Eindhoven. His work has been exhibited in museums around the world and acquired by important collections such as those of the Israel Museum, the Tel Aviv Museum of Art, the Charles Bronfman Collection in New York and the Droog Collection in Amsterdam. He is the recipient of nine prizes, including the Andy Prize for the Arts, the Israeli Ministry of Culture Prize and the America-Israel Cultural Foundation Prize. Since 2005 he lectures on timepiece making and design at the Bezalel Academy Of Art and Design in Jerusalem.

Ace Jewelers has been a proud authorized dealer of Itay Noy watches. Since the demand for Noy’s watches are so high and his production capacity so limited, he reverted back to a model of Direct-To-Consumer. But, we at Ace Jewelers are very much ambassadors of Mr. Itay Noy and his artisan timepieces of art. In this interview will discuss creativity, art and timekeeping with the very modest and creative Itay Noy.

press release: NOMOS watch swims with scientist from the Alps to the North Sea