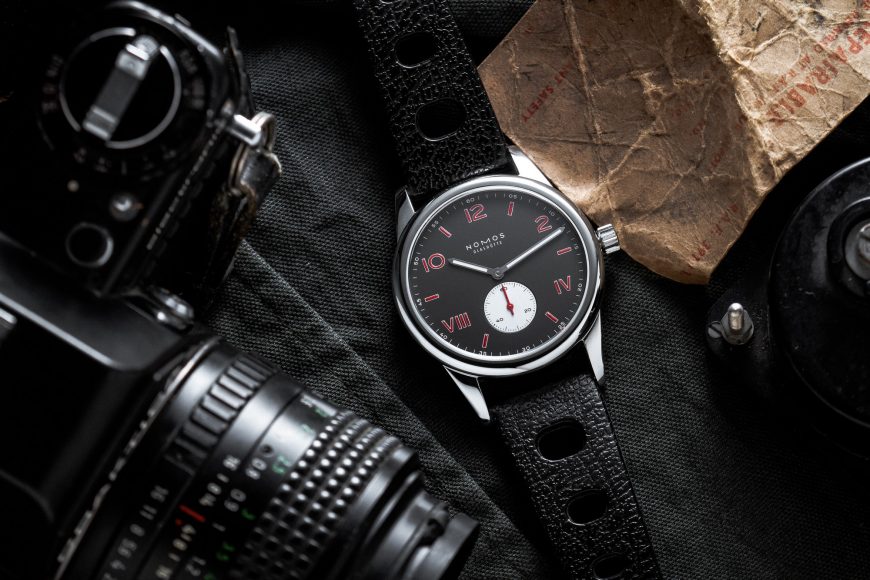 Collecting watches is cool. No longer is it exclusive to geeky forums and dusty fairs – it is now certified hip and happening.

Think about it; watch-focused Instagram accounts like Hodinkee, Watchmania and WatchAnish have hundreds of thousands of followers – well into the million even for the latter.

Watches are also a regular subject on trend-setting pages like Hypebeast and Highsnobiety. A vintage Paul Newman Daytona in 18k? They’ll feature it without blinking an eye. And perhaps without us realizing just how far we’ve come.

The popularity of watches new and vintage is a far cry from not-that-long ago, when the passion for watches was much more niche and private, best enjoyed on obscure fora and on dusty fairs. Watch collecting has finally arrived to the main stage. We made it!

But how did this come about? Below I’ll explore a few factors that I think played role in this. Fully personal and unsubstantiated, connecting dots where there are none, and leaving out substantial bits. Poor yourself a drink – it’s a long one.

Chapter one: the Daytona and the Italians

Italia: the cradle of cool. Who else but the Italians, admired throughout the world for their effortless style, could kickstart a global trend? We’re talking eighties here, and Italy is basically where (wrist-) watch collecting as we know it today took off. Keen on details, the Italians invented nicknames for watches and / or distinguishing characteristics, like padellone, freccione, stelline, freccione and stella. Many of them stuck till this day. And while it sounds not very Italian, one of them was Paul Newman.

It is said that it was an Italian gentleman who spotted Paul Newman wearing a specific Rolex Daytona variation in the movie Winning. A new nickname was born. Rolex collectors had previously more or less disregarded the sports models, putting their focus on the Bubblebacks and Princes instead. Not any more. Associated with King Cool, the Daytona hype took off big time. When Rolex introduced the first self-winding Daytona in 1988, some of the hype for the hand-wound predecessors must have rubbed off. The stainless steel Zenith Daytona was so popular that it introduced the term waiting list to the jewelers vocabulary. This was uncharted territory. The Daytona was officially a hot commodity.

Brand ambassadors have been around for ages, even in watchmaking. Perhaps the most obvious example is Rolex, whose ads regularly featured famous race car drivers, explorers, entertainers and sports(wo)men. However, things got taken to the next level by Jean Claude Biver. When he joined Omega in the early nineties the brand just getting back on its feet after two rough decades. Mr. Biver devised a marketing plan that skewed heavily towards celebrity ambassadors like supermodel Cindy Crawford, F1 driver Michael Schumacher and actor Pierce Brosnan. Best of all was arguably the connection with the James Bond franchise. A whole new audience was introduced to Swiss watchmaking. And over the ten years that Mr. Biver was there, Omega’s sales tripled.

Panerai, oh Panerai. Somehow this obscure Italian brand of oversized watches managed to gain a cult following in the late nineties. Styled after the Ferraristi, they adopted the moniker Paneristi, and soon found their home on a dedicated board by the same name.

By the year Paneristi was founded (2000), watch forums had been a thing for a while. Timezone.com was founded some five years prior; WatchUSeek.com about two. Paneristi however brought something new to the table. It was about friendship and lifestyle as much as it was about watches – if not more. This bunch of characters met up during their GTG’s (Get-ToGether’s) and Pdays, which showed the world a new way to enjoy watches in real life. Social gatherings that looked like actual fun, far away from the glitz and glamour of the events organized by watch brands and their retailers. Beer and tequila instead of champagne and fancy wines. #SpeedyTuesday the first community watch by a big brand? Think again. Ever heard of cool cats like Kristian Haagen and Adam Craniotes? They were there. Even Wei Koh (we’ll get to him) once said “Panerai was THE brand that ignited my interest in horology in my late 20s”.

Chapter four: branching away from Panerai

While Panerai was the gateway drug for many, somehow Paneristi changed as time passed. The community got larger. Panerai introduced watches that drifted away from the instrumental roots of the company, with fancy in-house movements, priced accordingly. What was once a brotherhood changed into something that at times felt more like a fraternity or sect. But most of all, collectors got more educated and started looking beyond Panerai. Some shifted their focus towards vintage sports watches. Others branched out other brands and / or to the higher echelons of contemporary watchmaking. Wherever they landed, it seems as if they brought the spirit of Paneristi and the GTG’s with. The 100 Percent Vintage Rolex Passion meetings? Vintage Rolex Asylum? Red Bar Crew even? It all feels very familiar. In a good way.

She knows the time she sees the Richard Mille – Pharrell Williams

Watch magazines used to be available in two variations. You had the ones which featured little more than rehashed press releases and the photography supplied by the brands, printed on heavy, glossy paper. Next there were the ones that did feature in-depth information and independent testing, like Armbanduhren Magazine, Chronos, and the latter’s US-market offspring WatchTime. In any case, it was solely about the watches and the brands that made them. But watches were now cool. Print just hadn’t caught up yet.

The man about to change this was Wei Koh. The first issue of his magazine, Revolution, came out in 2005. It was something completely different. It was about watches, but presented them in a novel way. Tongue in cheek, Mr. Koh put it as incorporating “art, music, hot girls“, but the impact was clear from the first issue. The photo shoots were daring, at times controversial even. The written content on the other hand displayed both a deep knowledge on the subject as well as a genuine passion. Revolution put watches in the context of popular culture and presented it in a way that appealed to a new generation. Revolution was (and is!) not for everyone, but it provided a much-needed fresh wind.

Pull up, hop out, wreck/Got no time, but we got Patek’s – Beyoncé

This piece wouldn’t be complete without at least a brief mention of Hodinkee, the blog by Benjamin Clymer (and by now an impressive team). From their earliest days they have had a heavy focus on vintage watches, which they managed to present to a large audience in a way that it “a way that is both entertaining and easy to understand“. While those might be their own words, they do have a point. Back in 2009, 2010 information on vintage watches was mostly found on very specific fora and blogs, which might very well intimidate those just starting out in this hobby – or even those that are just looking for a good read. The popularity of vintage watches has soared in recent years, and Hodinkee has managed to ride this wave without compromising on the quality of their content. They’ve very much lowered the threshold of getting comfortable with vintage watches. While doing just that they’ve become a proper authority on what’s cool in watches- to the point that some of the best manufacturers are working with them for limited editions, and even made them Authorized Dealer for their Shop. A couple of years ago it would’ve been unimaginable for an online-only entity to gain authorized dealer status – let alone with a curated selection of watches from the catalogue. If it’s there, it’s cool. Impressive.

And there we have it. Watches are cool, watches are everywhere. On Instagram WatchAnish was among the first to strike a tone that resonated with the Instagram crowd at large, leaning heavily towards the #billionairlifestyle that many lust after. Many have seen the potential and followed in his footsteps. Watches as toys for the rich and famous, auction results as headliners, and Patek Philippe in hip-hop lyrics. The number of people exposed to fine watchmaking must be larger than ever, even if it is on a superficial level.

This might seem like a bit of a downer, but at the same time serious content is more widespread and more easily accessible than ever. There are numerous great Instagram accounts to follow, wonderful blogs that go above and beyond to offer an interesting point of view, and wonderful resources available for those who are looking for information on a scholarly level. The love for watches is alive and kicking.

Like stated in the intro, this is not a complete nor a thoroughly researched piece of history. Email me at hello@theacelist.com to share your thoughts.